In Its First Year, Title Track:

–Markie Miller, leader of the Lake Erie Bill of Rights, a world-renowned Rights of Nature Project.

–Monica Lewis-Patrick, “The Water Warrior”, President of ‘We the People of Detroit’ and a national frontline environmental justice leader.

Since the escalation of the COVID-19 pandemic, Title Track has launched a successful campaign to Support Native Elders in partnership with the Native Justice Coalition and in coordination with elder care programs at three Northern Michigan tribes, hosted a Zoom tutorial for resilience and resourcefulness with brotha James to help change makers learn the platform and strengthen the community network in the process, and partnered on the Rise in Resiliency series with Aria Everts, and presented workshops on creativity, equity, and somatic healing via zoom.

In One Year Since Our Launch…

And our collective efforts have touched the lives of over 5,000 kids!

All of this has happened with only three part-time employees, three contractors, seven board members, and a handful of advisers and volunteers.

And we’re just getting started.

Episode 14 of State of Water out today! 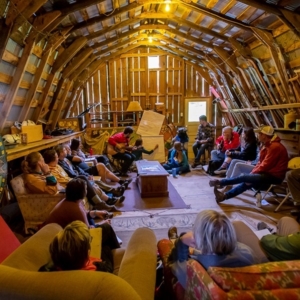