Get to know the hardworking staff of Title Track & what makes them tick! 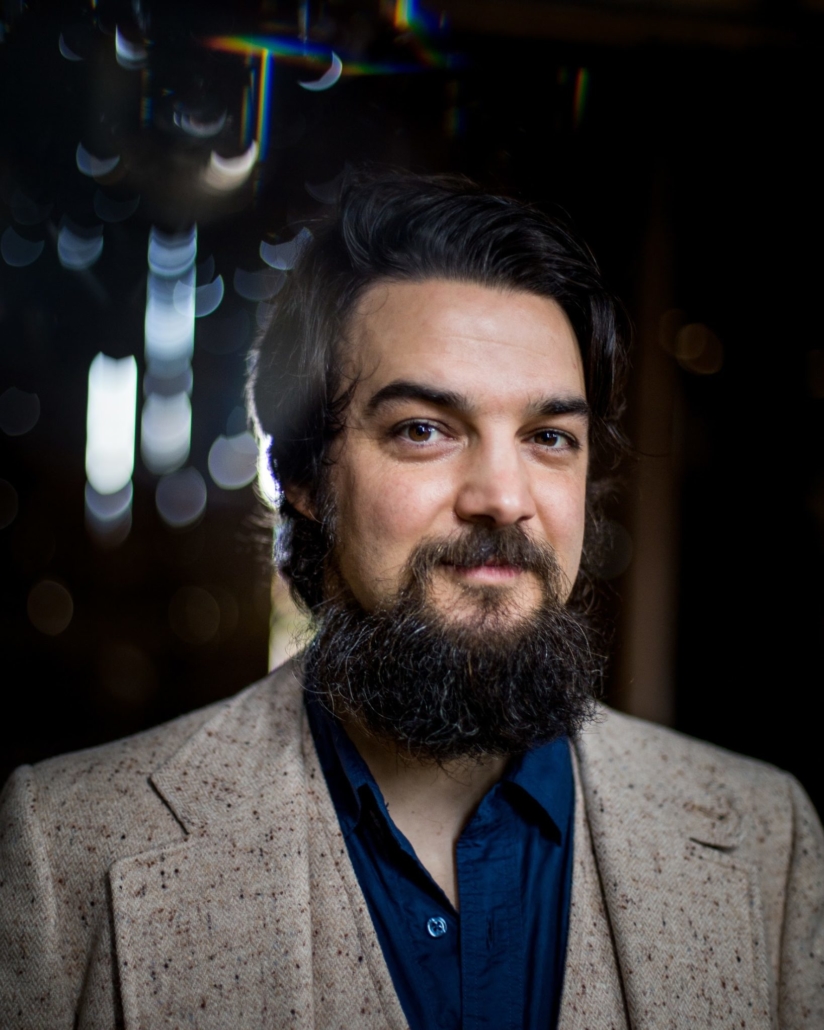 “The argument for the most influential human in the Michigan music uprising of the past decade may begin and end with one Seth Bernard.”
-Jack Clark, Red House Concerts 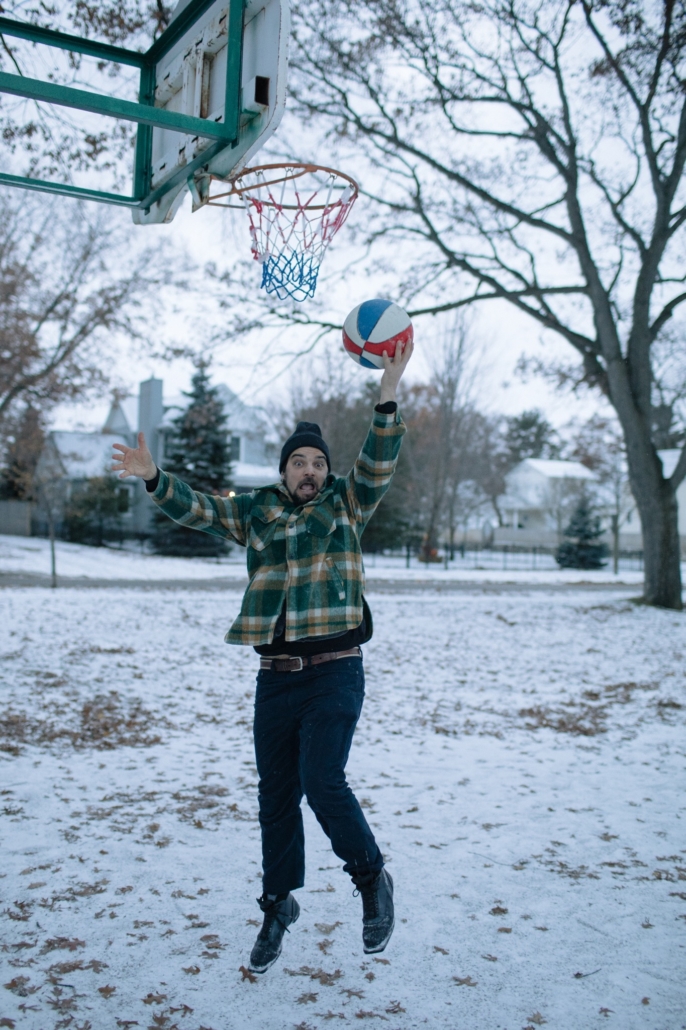 Born and raised on Earthwork Farm in rural Northern Michigan, Seth Bernard was brought up in the folk and farmstead culture with an enriching integrative experience of the arts, agriculture, and community. In 2001, Seth founded Earthwork Music, a renowned Michigan-based collective of successful independent musicians who focus their efforts on environmental advocacy, social justice, creative empowerment and community building.

Seth has traveled the world and blanketed the US as a magnetic performer and uplifting cultural worker and is equally at home fronting a large electrified ensemble as he is holding a crowd with nothing but an acoustic guitar. Seth has served as the Director of the Musical Ambassador Program for On the Ground where he helped cultivate partnerships and cultural exchanges between communities in southern Mexico, Ethiopia and eastern Congo and communities in Michigan with a focus on solidarity and creative collaboration. “Eggs” Bernard is a NMEAC Environmentalist of the Year Award winner for Arts Education and has worked with SEEDS and On Stage for Kids bringing nature-based experiential creative empowerment to young people across the Great Lakes region and beyond.

In early 2018, Bernard launched the Clean Water Campaign for Michigan, a social movement using storytelling and music to amplify the groundswell of support for water issues.

Seth is a prolific songwriter and recording artist with 12 solo albums and a dozen more collaborative projects in his catalogue. He’s won 8 Jammie awards as a recording artist and producer, and has been a longtime iconic leader and steward of Michigan’s music community. His newest work, “Eggtones”, is a four album series released over the last 2 years to critical acclaim.

“This music not only swings, rocks, and grooves–it matters. It’s the voice of a real community, with a sound and a message the world needs to hear.”
-Bill McKibben, Author, environmentalist, journalist 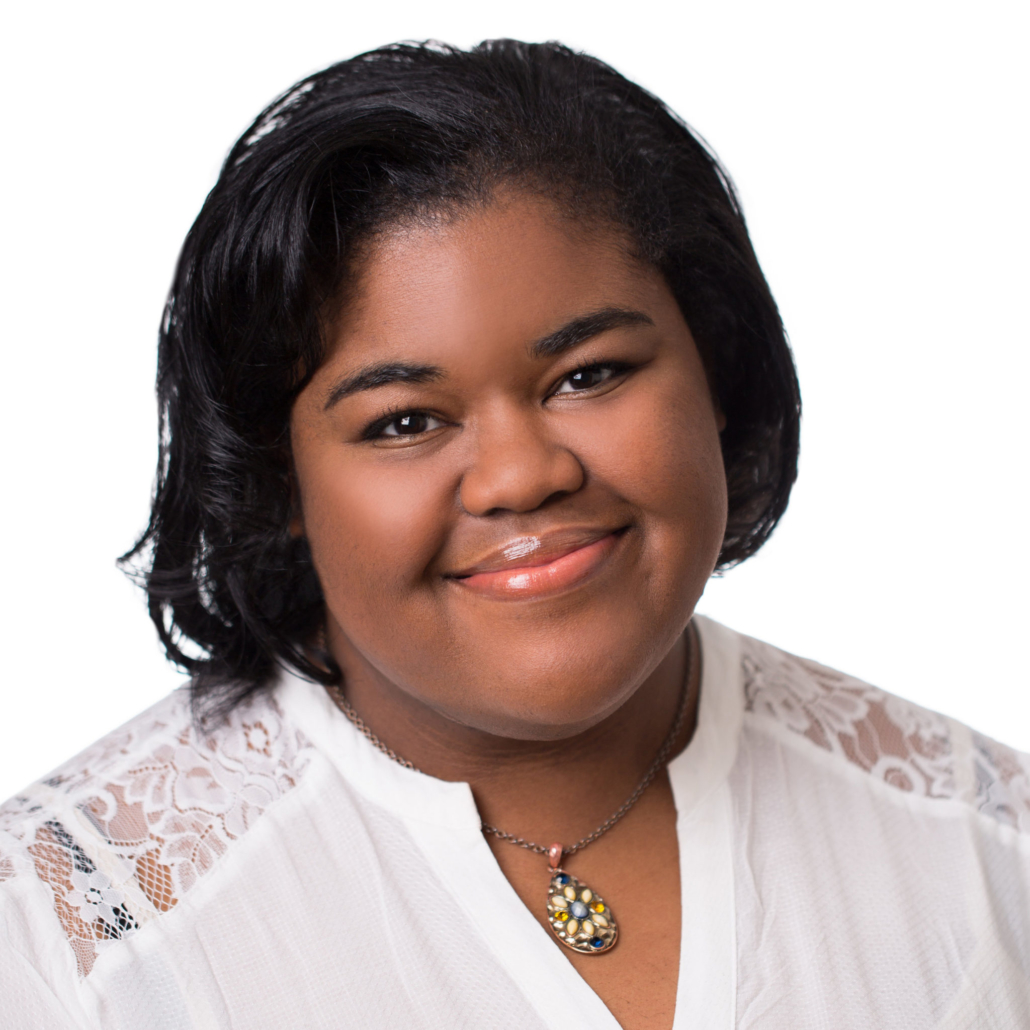 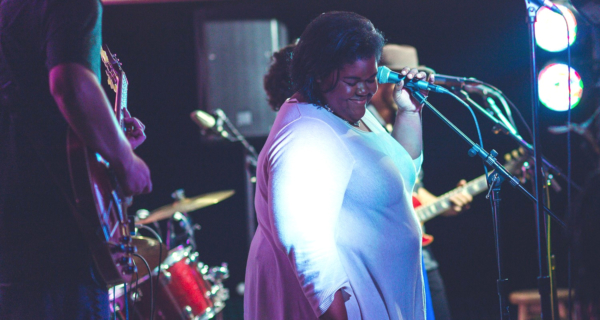 Jenny Jones is an Ann Arbor, MI based singer-songwriter, connector, and a social media coordinator and booking consultant.  She enjoys accentuating the giftings of musicians, to make known the opportunities that venues have for musicians, and to bring about authentic relationships between the artist, the community, and local businesses.

Jenny has over 20 years of event planning and scheduling, coordination, team leadership, and office administration experience in the arts management, philanthropic, project management consulting, educational, manufacturing, and staffing fields.  She is a classically trained pianist and cellist and a self-taught guitarist.

Jenny has had two album releases (an EP and full-length album), and continues songwriting as well as singing with Ann Arbor-based musicians Erin Zindle (The Ragbirds) and Jessica Delle (formerly of The Understorey).

Jenny is a member of the The Ark’s Marketing Advisory Committee, the Planning Advisory Committee for the Ann Arbor Summer Festival, and advises a number of southeastern Michigan venues and artists. Her musician clients include, but are not limited to: The Ragbirds, Sarah Price, Adam Plomaritas, Chris Dupont, Dani Darling, Cold Tone Harvest, and Misty Lyn Bergeron.  Jenny performs scouting and marketing efforts for Ann Arbor listening room, The Ark; booking and administration efforts for Ypsilanti-based Cultivate Coffee & Tap House; and is associated with Detroit-based promoter, Grand Circus Media. 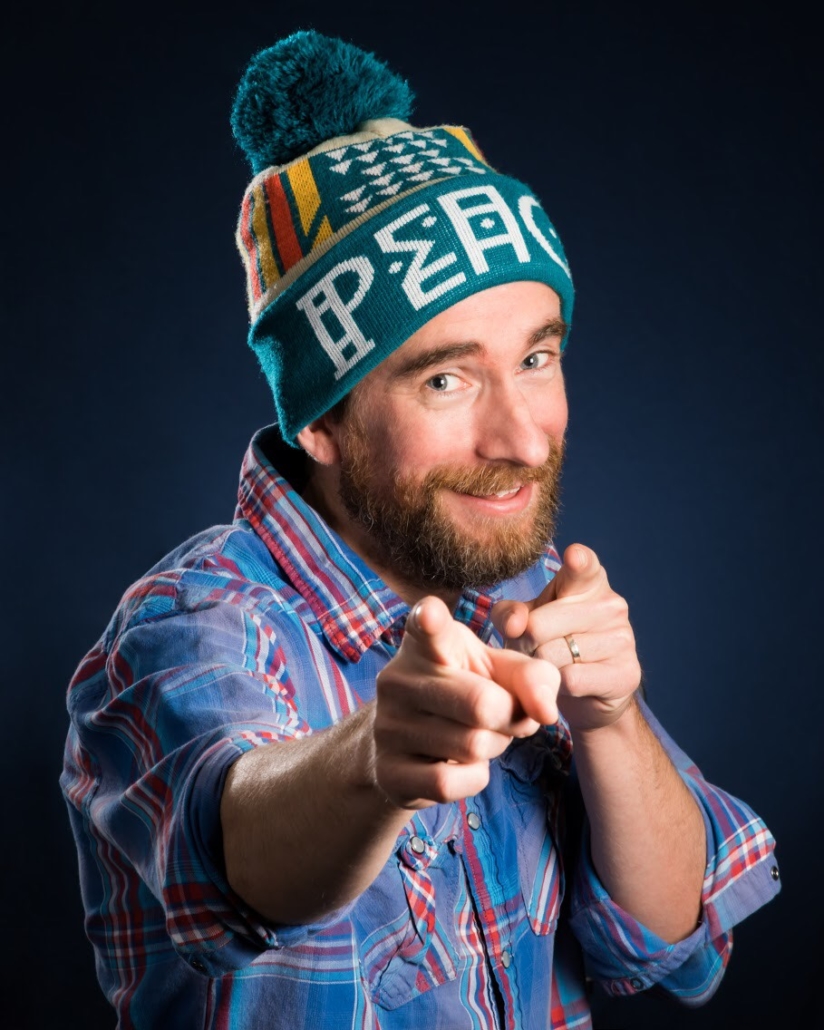 Chris Good is an Ann Arbor, MI based singer-songwriter, producer, multi-instrumentalist, activist, and organic vegetable farmer. A member of the Earthwork Music Collective, Good writes, performs and records with a community of talented collaborators including his band, Friends with the Weather, and his solo project, Chris Good & The Sweet Insurrection. Sarah Cleaver of Nervous but Excited says, “Chris Good creates music infused with intentionality, ingenuity and integrity. The sweet grooves will make you long for that first warm spring day when you can open your windows.”

Chris has a long history of activism and community organizing having worked in a variety of roles with many nonprofit organizations and socially conscious businesses in the areas of peace & conflict resolution, youth empowerment, immigration reform, localism, and environmentalism. As part of the team that launched the Clean Water Campaign for Michigan, Chris has served as the Clean Water Campaign’s Communications Director since its February 2018 launch. He will continue in this role for Title Track. 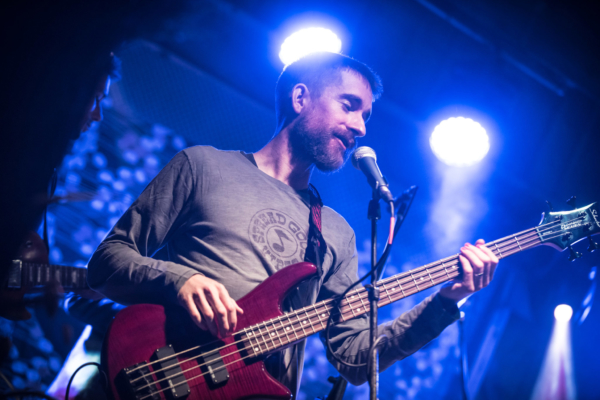 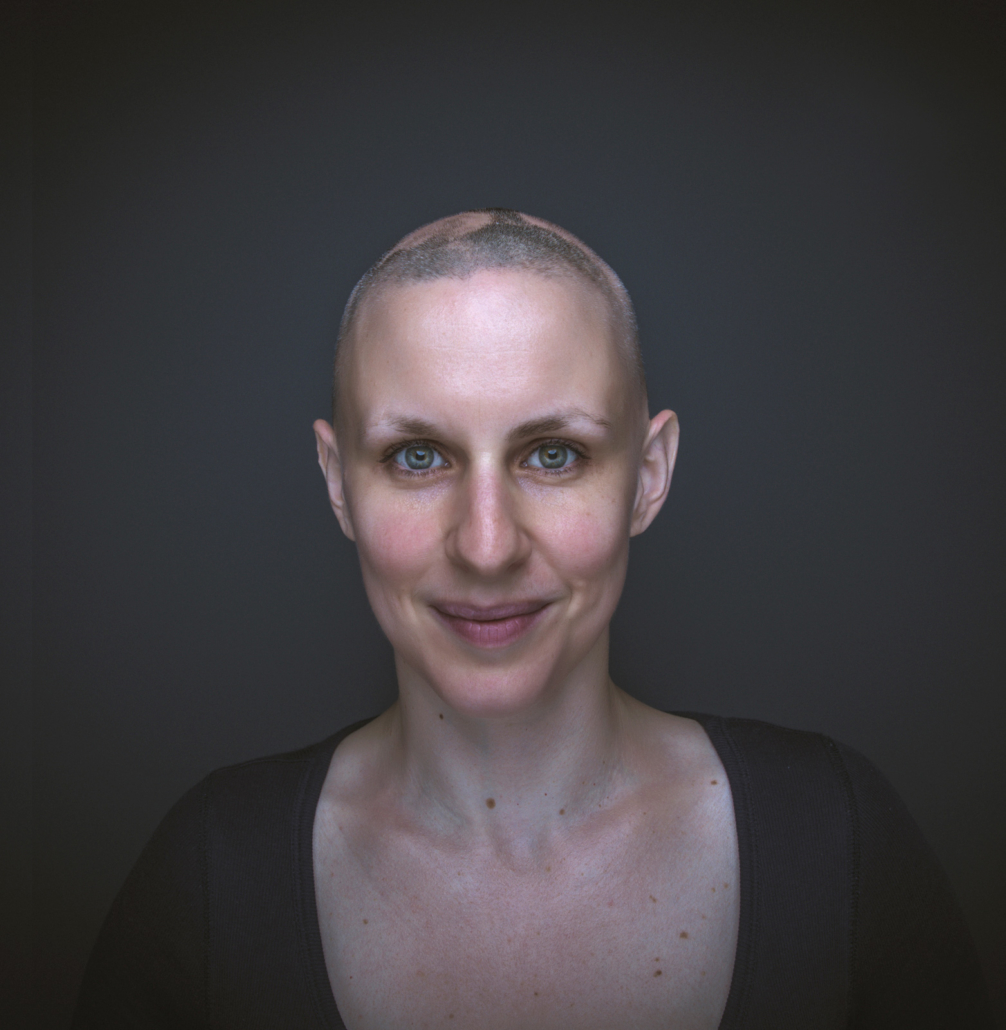 Lillie Wolff is a cultural worker, somatic healer, creative, ritualist, and anti-oppression facilitator based on the unceded Anishinaabe land known as Kalamazoo and Traverse City. She is passionate about nurturing individual and collective healing and liberation by centering somatic (body-based) practice and (non-appropriative) Earth-based ritual in social justice work. Lillie is attuned to the physical, psychological, and spiritual impact of the trauma of oppression and moral injury of dominance, and believes healing and transforming ourselves and our planet is inseparable from healing and transforming our communities, institutions, systems, culture, and lineages.

Lillie studied sociology and psychology at Kalamazoo College from 2000-2004 and has been working toward social change for the past 15 years, most recently as an Antiracism Organizer/Trainer with Crossroads Antiracism and Racial Healing Practitioner with the Truth, Racial Healing, and Transformation initiative. She is a longtime yoga and meditation practitioner and teacher and is currently training to become a professional Somatic Experiencing Practitioner through the Somatic Experiencing Trauma Institute. In her free time, she loves to walk in the woods, dance, read and write poetry, play with printmaking, and dream of a world where everyone is free. Lillie will serve as a contract facilitator for Title Track around cultural healing work with white folks committed to racial equity and collective liberation. 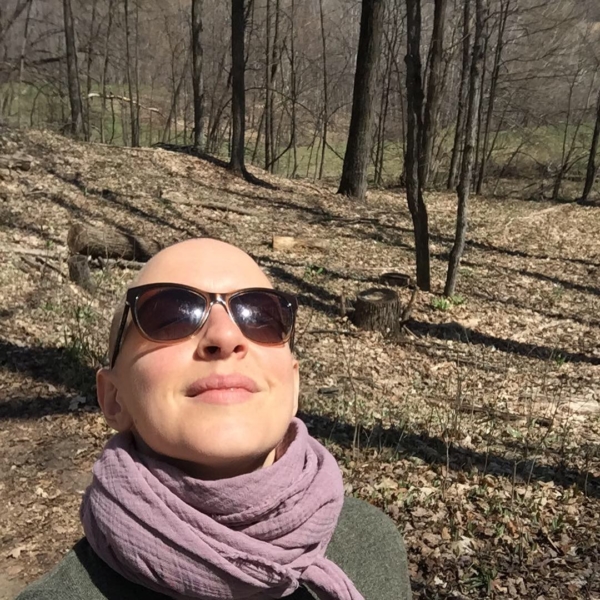