On this episode, our second release since the COVID19 Pandemic began here in Michigan, we feature a true local hero. Monica Lewis-Patrick (aka The Water Warrior) is the president and CEO of We the People of Detroit is a true visionary leader on the frontlines of the environmental justice movement. An educator, entrepreneur, and a legendary human rights activist/advocate, Monica Lewis-Patrick is actively engaged in almost every struggle on behalf of Detroit residents. She is an active member of the People’s Water Board Coalition, US Human Rights Network, Inter-American Commission on Human Rights (IACHR), and more. She was named to the World Water Justice Council in October of 2015. As a former Lead Legislative Policy Analyst for Detroit City Council, Monica has authored legislation, conducted research and delivered constituency services to thousands of city residents. We’re so honored that she took the time to call in to Seth Bernard to have this truly moving conversation, and we’re so grateful for the work that she’s continually engaged in. 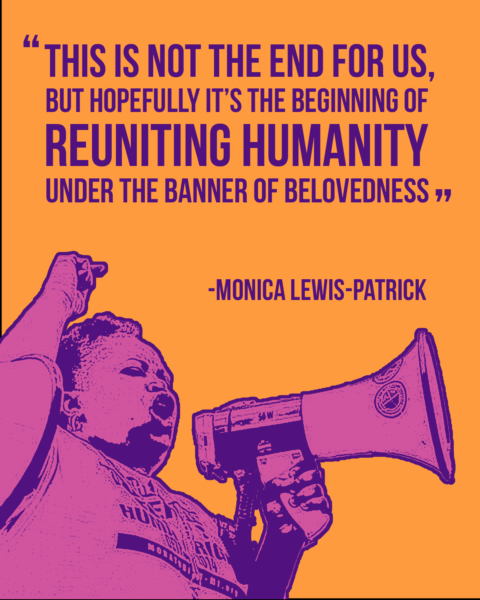