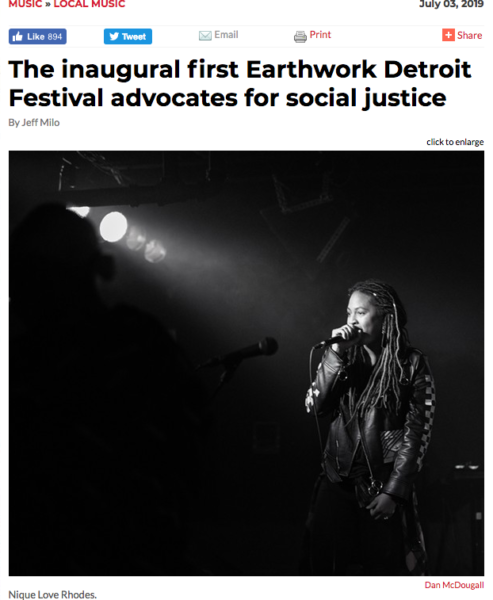 Art can open up doors. Music can motivate the masses. And experiencing both music and art live — as an audience, as a community — can cultivate compassion, advancing causes and expanding our perspective. If that sounds lofty to you, then you’ve never been to an Earthwork event.

The Earthwork Harvest Gathering is an annual music festival that started up near Traverse City 18 years ago, orchestrated by singer-songwriter Seth Bernard to be a conversation-starting summit of diverse artists, activists, and community organizations. And now, Earthwork is now laying down roots in Detroit with an inaugural festival on July 10, with artists like Nique Love Rhodes, Will See, Audra Kubat, and Wayne Ramocan (as Juuni) performing live at the Dequindre Cut’s Campbell Terrace Stage for a free, all-ages, all-day event.

The Earthwork Detroit Music Festival brings together several nonprofit organizations that embrace and utilize creative practice, such as D.Cipher (co-founded by Rhodes and Ramocan), as well as Title Track, a very new, albeit very energized umbrella-like association of artists and activists led by Bernard, and Collective Wisdom Detroit, which is Will See’s network-building project of cooperative resource-sharing between artists in cities across the country.
Read the full story here.
July 3, 2019/by Title Track
https://titletrackmichigan.org/wp-content/uploads/2019/05/UEycQXrc_400x400.jpg 359 359 Title Track https://titletrackmichigan.org/wp-content/uploads/2019/04/Title-Track-Water-Equity-Youth-600x165.png Title Track2019-07-03 14:44:422019-08-01 11:01:02Earthwork Detroit preview in Detroit Metro Times 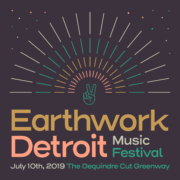 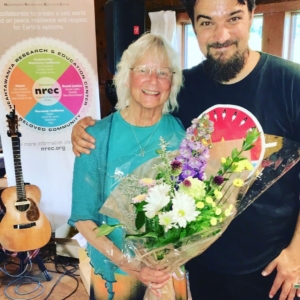 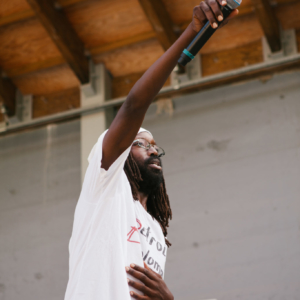