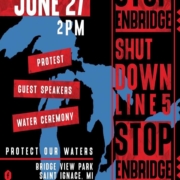 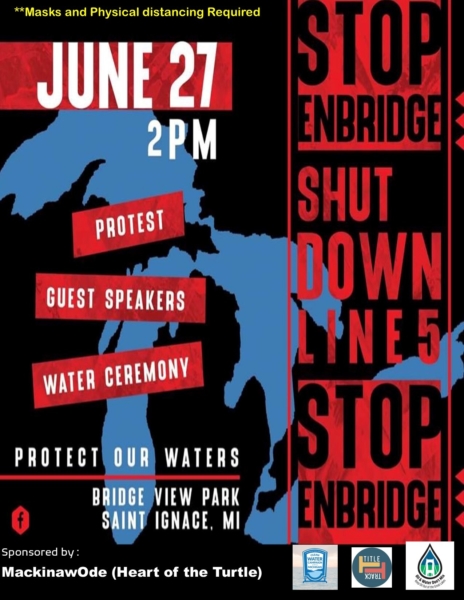 There has been long standing opposition to the continued operation of Enbridge Energy’s Line 5 oil and gas pipeline.  Due to the inherent danger of transporting oil and gas through the turbulent Straits of Mackinac, as well as the condition of the aging pipeline, all three organizations have been fighting to shut down Line 5.  In addition, all oppose the proposed building of a tunnel to allow the continued transportation of these hazardous materials through the Great Lakes.

During the 2018 Michigan election, both Governor Gretchen Whitmer and Attorney General Dana Nessel ran their campaigns on the promise to shut down Line 5.  In June 2019, Attorney General Dana Nessel filed suit against Enbridge on the basis that the continued operation of Line 5 presents an extraordinary, unreasonable threat to the public because of the very real risk of anchor strikes, the inherent risks of pipeline operations and the foreseeable, catastrophic effects if an oil spill occurs at the Straits. That case, Nessel v. Enbridge Energy LP, et al., Case No. 19-474, is currently pending in Ingham County Circuit Court. Late last week, Enbridge disclosed that there was significant damage to an anchor support on the east leg of Line 5 but failed to provide the State of Michigan with requested information as to the cause of the damage. Further, despite the Governor’s request for information and to keep Line 5 shut down until it was received, Enbridge re-activated one of the transport lines to allow oil and gas to remain flowing under the Straits. Yesterday, Attorney General Nessel was granted a temporary restraining order requiring Enbridge to shut down all transport operations of Line 5 and to provide all relevant information regarding the damage.

On Saturday, MackinawOde, Title Track’s Clean Water Campaign for Michigan and Oil & Water Don’t Mix are co-sponsoring a protest to urge Governor Whitmer to cease Line 5 operations permanently and to revoke the proposed agreement to build a tunnel under the Straits. The protest will take place at the Bridge View Park in St. Ignace from 2:00 – 5:00 p.m.  More information can be found at: 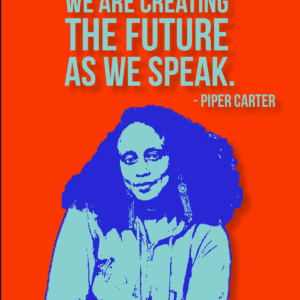 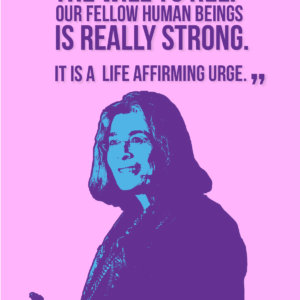