“The work is right here for us and it is calling us in.”

In the video above, URJ organizers and facilitators Lucy Waechter Webb and Tess Waechter Smith share some powerful reflections from the Open Space in Traverse City, where 2000+ people gathered in the summer of 2020 in defense of Black lives in the wake of the George Floyd murder. Understanding Racial Justice was one of the efforts that emerged from this collective yearning for racial justice and healing with many people showing up saying ‘no more’ and ‘what can I do?’ More than 260 white folks have journeyed through URJ since 2020. Yet, the murders and violence against black and brown bodies continue at the hands of white supremacy. Almost 1,200 people were killed by police in 2022, the most ever recorded. Black people were 25% of those killed by police in 2022 despite being only 13% of the population. http://mappingpoliceviolence.us

Many of those deaths, perhaps most even, never surfaced to the headlines in the way we felt them rise in 2020. We invite you to feel the potency of Dr. Martin Luther King Jr.’s words, from his Letter from a Birmingham Jail, compelling us to act:

“First, I must confess that over the last few years I have been gravely disappointed with the white moderate. I have almost reached the regrettable conclusion that the Negro’s great stumbling block in the stride toward freedom is not the White Citizen’s Council-er or the Ku Klux Klanner, but the white moderate who is more devoted to “order” than to justice; who prefers a negative peace which is the absence of tension to a positive peace which is the presence of justice; who constantly says “I agree with you in the goal you seek, but I can’t agree with your methods of direct action;” who paternalistically feels he can set the timetable for another man’s freedom; who lives by the myth of time and who constantly advises the Negro to wait until a “more convenient season.” 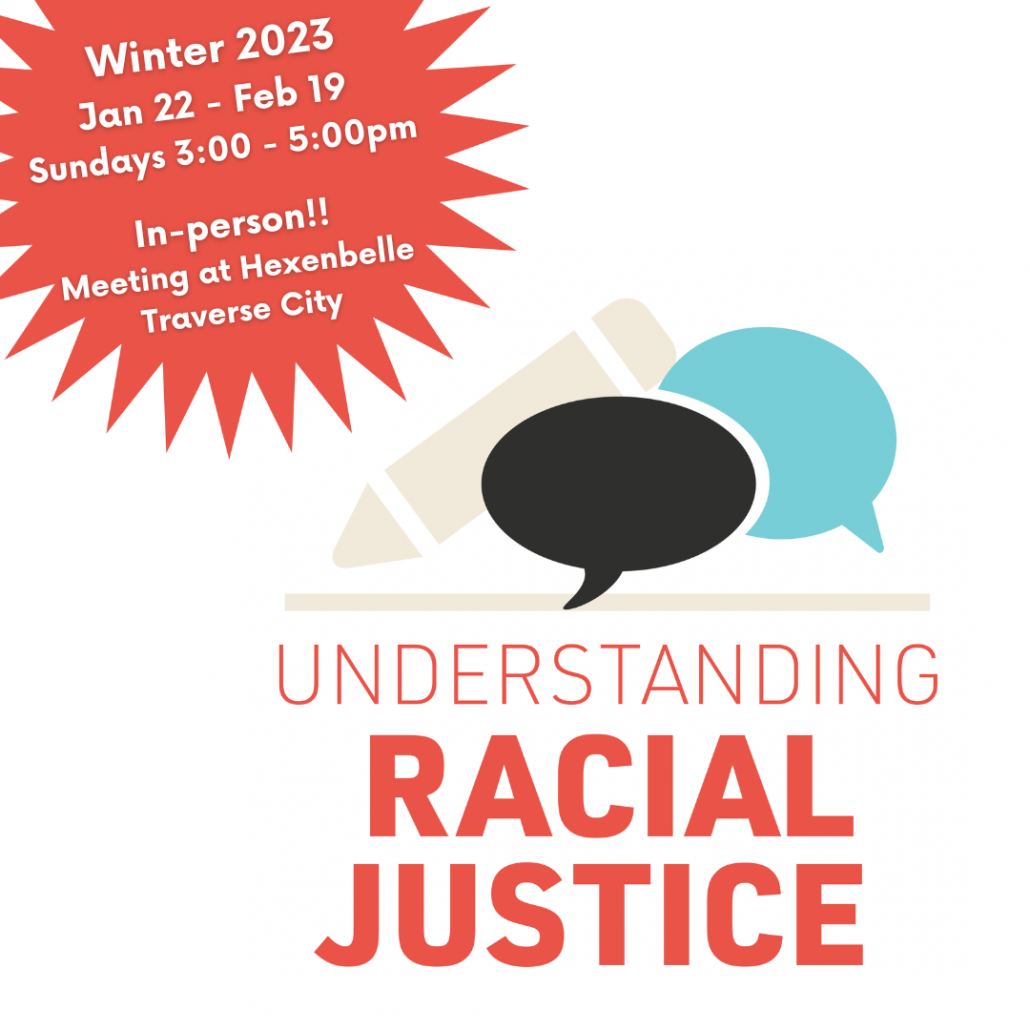 In this short video, Lucy and Tess check in from Hexenbelle, the location of our inaugural in-person cohort of Understanding Racial Justice (URJ). Traverse City area folks, join us for this five week course each Sunday afternoon from 3:00 – 5:00pm beginning on January 22! 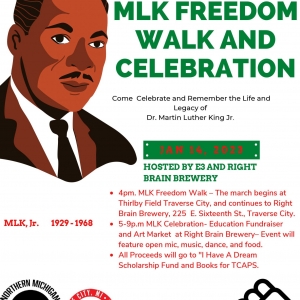