Title Track Board of Directors

We’re excited to give you an opportunity to learn more about the dynamic individuals serving on the inaugural Board of Directors for Title Track.

Piper Carter lives inside Detroit city.
She is an Arts and Culture Organizer and Hip Hop Activist with focus on Entertainment Justice, Environmental and Climate Justice, Education Justice, the Maker Space movement, and Food Justice, communities.

She is Host of the Piper Carter Podcast on Detroit is Different where she discusses Social Justice and Hip Hop to a world wide audience.

She is co-Founder of We Found Hip Hop (The Foundation, uplifting, celebrating, and supporting Women in Hip Hop to help them build careers in a safer environment). She is Creator of Dilla Youth Day (This day is a highlight during African American History Month for young people to become excited about exploring the S.T.E.A.M (Science, Technology, Engineering, Art, and Math) disciplines through the process of participating in and leading hands on engagement in fun educational activities while recognizing a modern homegrown figure in Hip Hop.

She is also Creator and Editor-In-Chief for thestudioarena.com (a sustainable fashion magazine promoting zero waste and international trade).

She is formerly co-Chair of Bravo Bravo (fundraising committee for the Detroit Opera House), Founding Member of Cosmic Slop a Michigan based Black Rock Coalition, & former co-Owner of 5egallery and 5 Elements Arts Foundation. 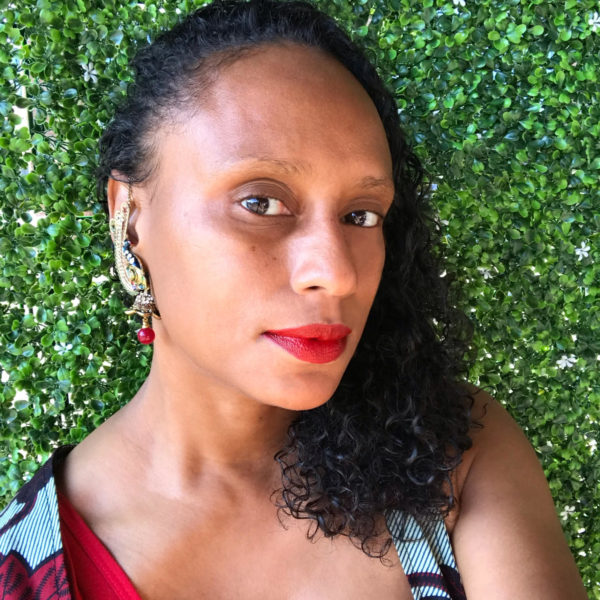 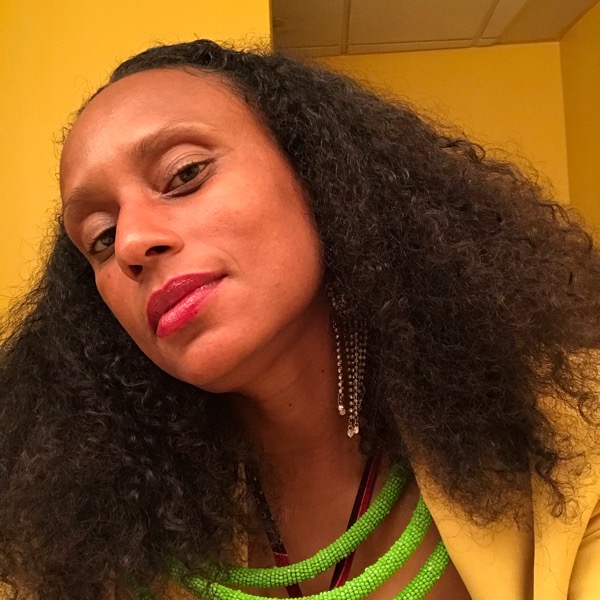 Rachel Marco-Havens is a multi-disciplinary “solutionary” artist. Rachel is an advocate, activist, radio-show host, musician and an adept communicator who ignites action. Be it facilitating workshops, sharing stories, creating art, delivering a keynote, moderating or participating in a panel discussion or whipping up a party—Rachel moves the energy from the ripples of conversation to waves of inspired activity. 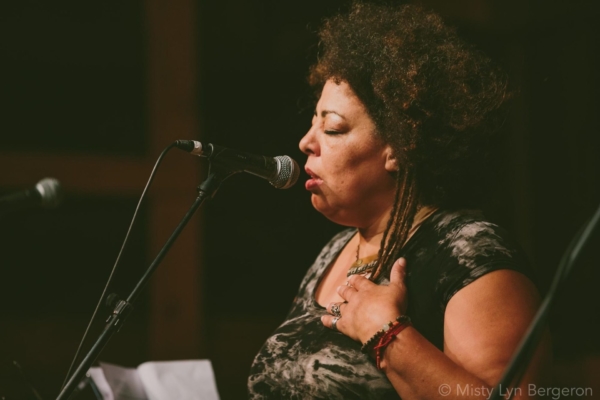 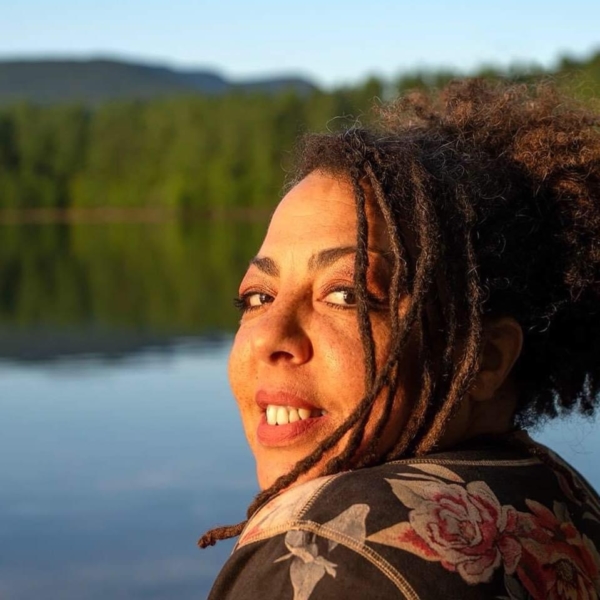 Diana Milock has been involved in non-profit support work since her younger son, Rich, was born and her older son, Christopher, was in kindergarten, primarily in the school system throughout all their years in Caledonia.

When Diana and her husband, Richard, bought their home on Torch Lake, they met many nice people and began to find their places in the community. Diana was involved with Mancelona Schools, helping to organize and put in place the Mancelona Communities In Schools program which has gone on to become a great resource in that community, Kalkaska and Sutton’s Bay. They were in the start up group Alden Volunteers.  Richard is always Interested in preservation projects so they did a lot with local efforts and the Regional Conservation group.

Diana’s sons approached her 12 years ago to learn about philanthropy and how to do it effectively. They formed the Begonia  Charitable Foundation which is involved in numerous efforts in Traverse City and Portland, OR. Diana and Richard have a love for all things beautiful and delicious so continue to support the Dennos Museum and the Culinary Arts program at NMC.

Diana says, “I have always been concerned about, and confused by, the many forms that prejudice and discrimination take in this country. I truly believe that if spiritually generous and empathetic people don’t learn to recognize and speak up about the many wrongs being done to our fellow citizens, we all suffer in so many ways and we share the guilt of those behaving in such harmful ways. I see my reason to be here is to help whenever, wherever and whomever I can. I need to learn more always and to be brave enough to step forward when needed.” 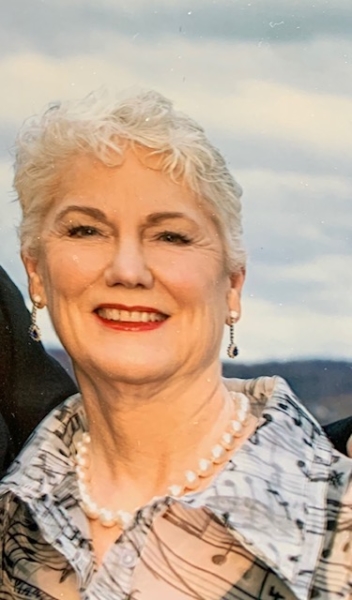 Juuni (Joo-Nee) is the rhythmist based in Detroit, MI who uses analog and digital instruments to create. His sonic identity was formed by the Junkanoo celebrations of his ancestors. Mentor Gayelynn McKinney guided him to refine his rhythm. Guided by Soulquarian & Neptune frequencies, Juuni spawned ONEFREQ in 2014.

The US State Department, Knight Foundation, Art Prize, & i-D have recognized Juuni for his craft. Juuni is a founder of D.Cipher, Detroit’s Music Mastermind Collective. 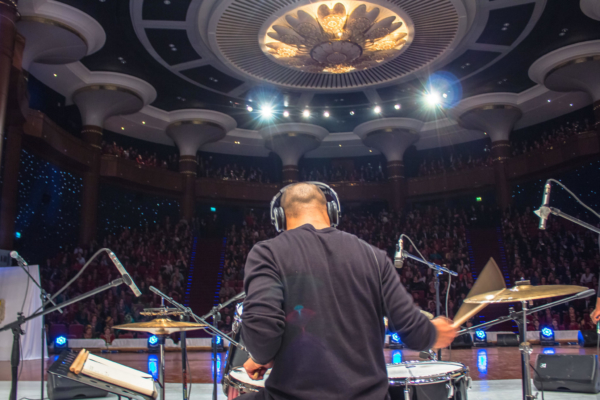 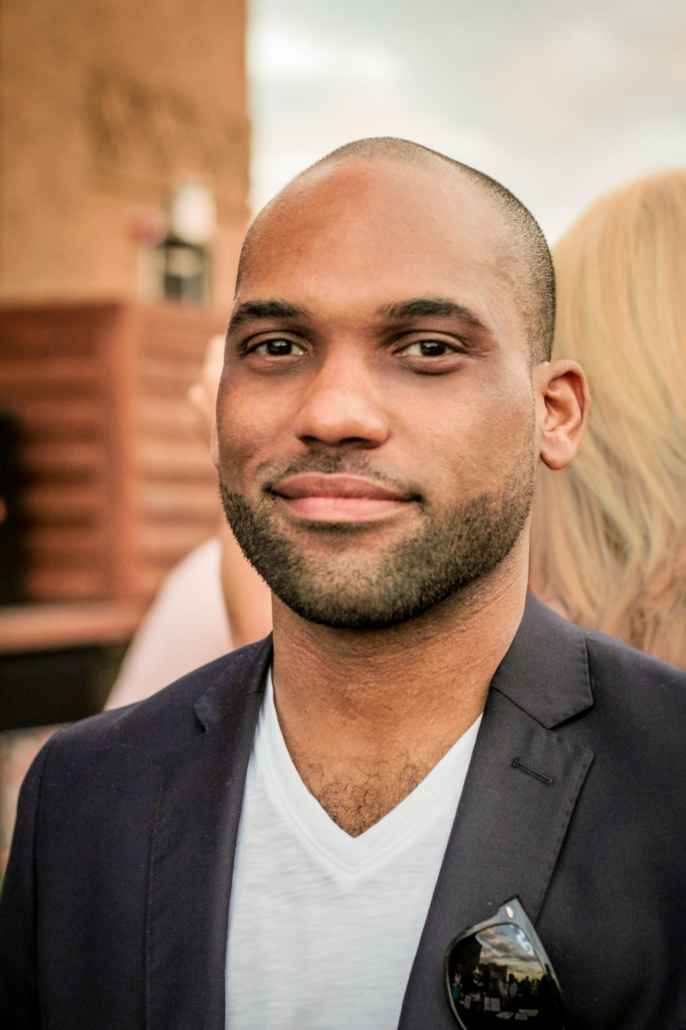 Jack is a retired lawyer and mediator who has been active in non-profits for many years. He served as board member and President of the Inland Seas Educational Association and the Leelanau Conservancy. More recently, he has been involved with the Chiapas Water Project and On The Ground.

Throughout his life, music has been central. He and his wife Susan live with their dog Gusto in a 110 year-old farmhouse. 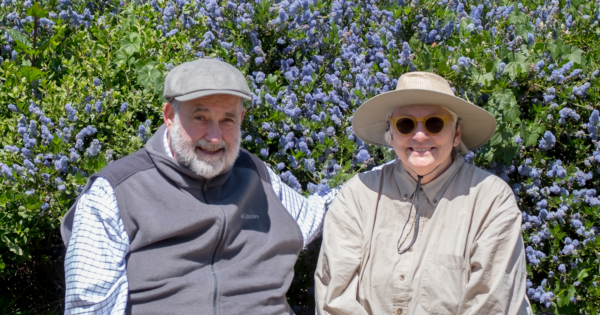 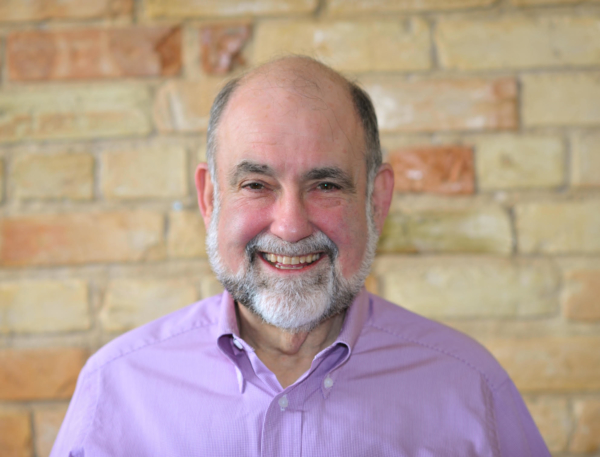 Joe Short is an entrepreneur, humanitarian, visionary and humorist. He’s a Michigan native who grew up in Rapid City, graduated from Kalkaska High School and attended college at Western Michigan University. He left college before obtaining a degree to pursue a career in the craft brewing industry. In 2004 he opened the doors of Short’s Brewing Company in Bellaire – now Michigan’s 3rd largest brewery. Joe works “hands on” as the CEO and creative engineer at Short’s. He is a proud steward of Northern Michigan’s chain of lakes and trail systems through his involvement in Paddle Antrim, TART Trails and Glacial Hills organizations.

Joe is involved in community development as a board member of the Bellaire Downtown Development Authority, The Bellaire Economic Development Committee and Northern Lakes Economic Alliance. Joe is known to occasionally speak publicly at Rotary & High School functions, conferences and clubs. Joe loves being outdoors, in the woods or on the water. He loves water skiing, biking, nordic skiing and is known to do his own stunts. When he’s not busy running the brewery and building a brighter future, he can be found on stage singing songs about beer as front man “Billy Braxton” in Northern Michigan’s hottest country rock supergroup – Braxton Hicks and the Contractions. 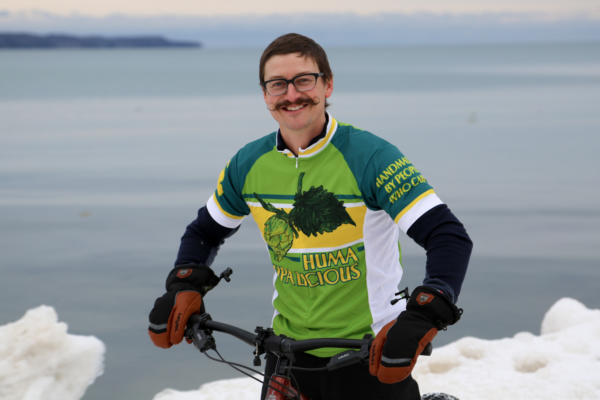 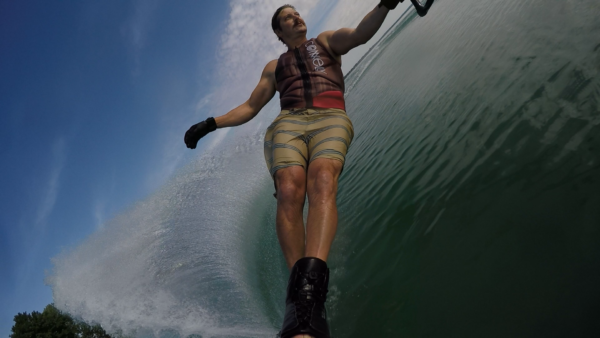 Sally lived in a suburb of Chicago from her birth in 1947 until she left to attend Michigan State University where she studied elementary education with a focus on teaching in inner city school systems. Coming of age in the ’60’s, she became a civil rights and antiwar activist, married Jim Olson, lived in Detroit and taught in the inner city while Jim attended law school to become an environmental attorney.

They migrated north to Traverse City, Jim’s hometown, where they added 3 daughters to their family while Jim pursued a career in environmental law and Sally taught school and became a grassroots environmental activist. In 1978 they moved to the Neahtawanta Inn on the Old Mission Peninsula and launched a renovation project that would last for many years. Their initial goal was to use the Inn as a conflict resolution center to address environmental legal conflicts, as well as other workshops and gatherings. During this time, Sally discovered the practice of yoga and became a yoga teacher. In 1980 Sally was one of 4 women to start the Northern Michigan Environmental Action Council, a grassroots environmental advocacy organization. In 1983, Jim and Sally parted ways (and are still friends); Sally remained running the Inn as an eco-friendly, welcoming and affirming bed & breakfast, teaching yoga, raising their daughters and continuing to pursue environmental/peace activism. After getting to know the infamous Bob Russell when they were both serving on the Oryana Food Co-op board of directors, they were married in 1987 at the Inn on the Summer Solstice and on the same day launched the Neahtawanta Research and Education Center, a nonprofit organization focusing on peace, personal growth and environmental issues. The Inn was used as a gathering place for the community of kindred spirits along with many workshops, performances and programs.

For the next 26 years, Sally and Bob ran the Inn, raised their daughters (Jim was also involved raising their 3 daughters; Bob had a daughter as well), worked to address local and regional issues through NREC and Sally continued to teach yoga. Since Bob’s death in 2013, Sally has continued to run the Inn and NREC with a focus on community resilience, nonviolence and establishing a local Beloved Community Network. Late in 2018 Sally and the Neahtawanta Center’s board decided to dissolve as a non-profit organization and convey NREC’s assets and support to Title Track, where Sally serves as a member of the board of Directors. 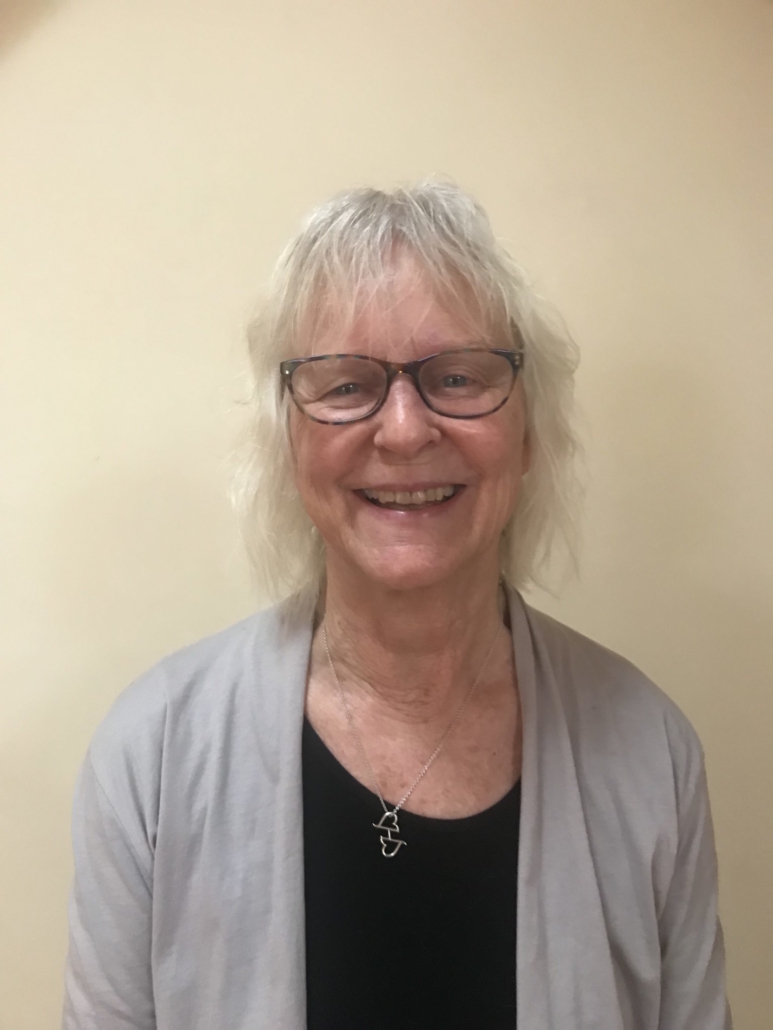 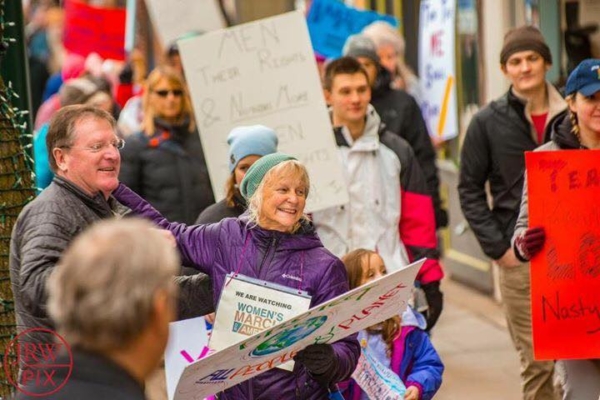 Joe Voss is of counsel to Mandell Menkes LLC, and as an attorney, provides legal services in connection with artist-cause collaborations and assists clients seeking to utilize media to advance non-profit missions. He represents companies in the film, television, digital media and music industries on general corporate, production-related and financing matters in Illinois and Michigan, as well as nationally. Joe served as the Director of Strategic Partnerships at Creative Many Michigan, where he focused on creating opportunities to collaborate with organizations and individuals that share a commitment to advancing the creative industries in Michigan. Joe sits on the board of the Fire Historical and Arts Collaborative. Joe earned a B.A. from Brooklyn College and a J.D. from DePaul University College of Law. 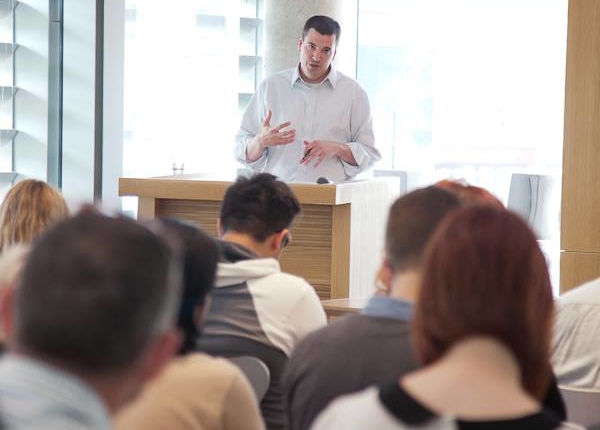 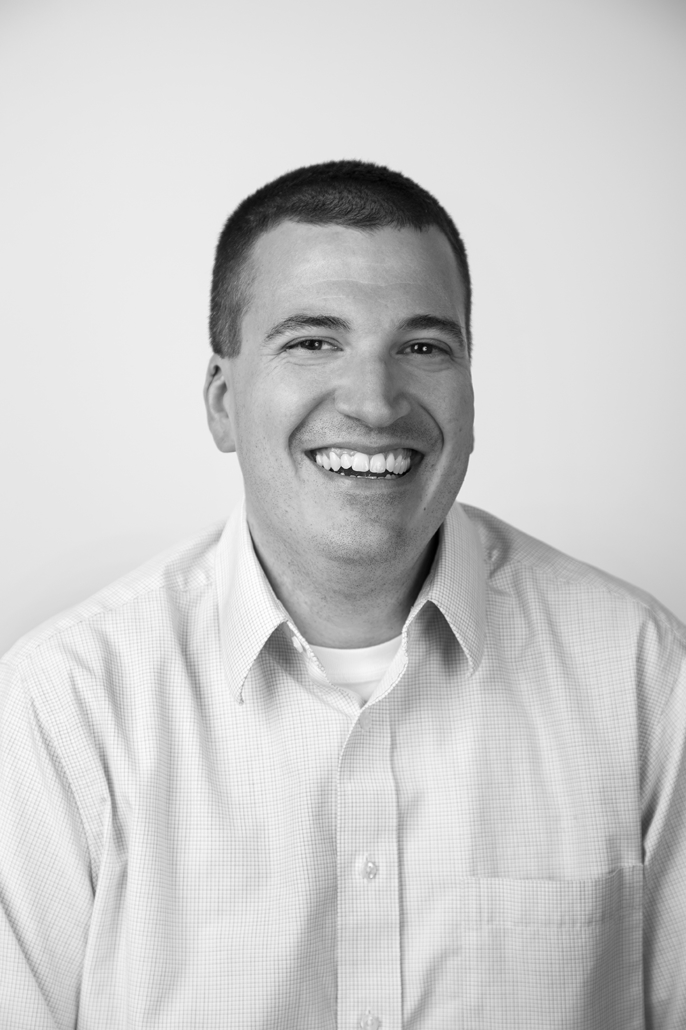 Kaylan Waterman is a musician, community organizer, and proud lifelong Detroiter. She writes, produces, and performs as Vespre as well as supporting multiple acts and projects throughout the area.

Kaylan also curates visual art and cultural events which focus on elevating and empowering women and people of color. 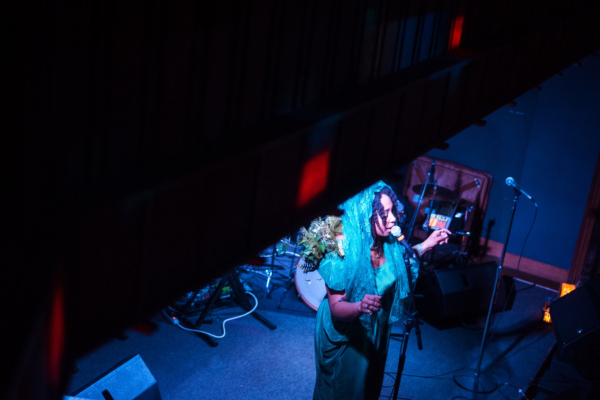 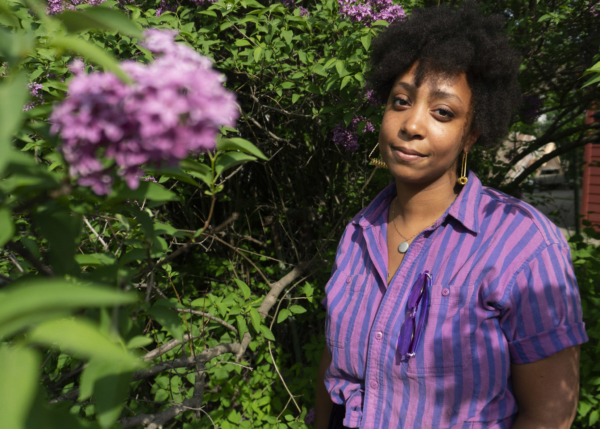